See all inventory from this seller (15)

Located in Portsmouth, NH, this 1997 Carver 355 Aft Cabin Motor Yacht has been beyond well maintained and upgraded by her loving owner of 15 years. Sometimes, nobody says it like the seller.
From the seller:I am very anal with my toys and this boat is in excellent condition. We purchased Nautical Dreamer in September 2006 on Lake Winnipesaukee, NH. We had her hauled to our marina where I removed several layers of bottom paint and applied 6 coats Interlux 2000E to seal the hull, then two coats of Interlux bottomkote ACT.  She is powered by fuel efficient, throttle body fuel injected, twin 454 Fresh Water-Cooled Crusaders with only 1190 hours. The freshwater cooling system was added prior to launching her in 2007. The system includes the block and exhaust manifolds. In the summer of 2020, I replaced the riser elbows, plug wires, spark plugs, distributor caps and rotors on both engines, and the distributor on the port engine. I replaced the distributor on the starboard engine in the summer of 2018. I installed a new 7.3 KW Kohler, freshwater cooled genset with sound shield in 2007. The genset now has 394 hours on it. There is also Magnum MS 2012 pure sine wave inverter/charger, four, 6V, 300Ahr, Lifeline AGM batteries that were installed in the summer of 2008 to run the refrigerator and allow electrical devices to be used without having to start the generator when out on the hook.  There are two heating and cooling units, one in the master cabin and the other in the salon. This boat can sleep two in the forward berth, two in the aft cabin, two on the pullout sleeper sofa, and the dinette does convert to a double sleeper. The salon is entered via three steps down from the large and spacious aft cabin deck. The salon has a leather sleeper sofa and leather chair, two large sliding glass windows, and a Samsung 26 inch TV. The salon also contains a second helm where the captain can operate the boat (I only use it to assist in winterizing the engines in the fall). The fully equipped u-shape galley is down two steps to port. The layout is open and very roomy. There is plenty of counter space, drawer, and cabinet space for storing food and dishes. The round kitchen sink and faucet were replaced with a rectangular sink and pulldown faucet in the summer of 2018. The refrigerator/freezer was replaced in 2008 with a Nova Kool (RFU9000). There is plenty of room for food and drinks for a week. There is an electric stove and oven that has never been used by us, a microwave oven and coffee maker. The facing bench seat convertible dinette is adjacent to starboard. The dinette seats 4 comfortably. The guest cabin is forward and has an offset double berth. The hanging locker has been converted to a storage locker with shelves. The guest head bathroom is located just forward of the dinette and has a vanity with a mirror, freshwater electric head with its own holding tank, and handheld shower. The master cabin is aft with an offset double berth, hanging locker, and private head compartment that has a separate, glass enclosed, stand-up shower stall, and vanity with a mirror.   The bridge is accessed via molded steps from the aft cabin deck. There is seating for six on the bridge. On the bridge are a 2019 Garmin chartplotter and radar combo, Garmin fish finder, Standard Horizon VHF, and remote, dual stereo controls. The anchor windlass and remote spotlight can be operated from bridge.   The aft cabin deck has seating room for six, an ice maker, sink and faucet, and storage lockers. Access to the bow is along either side of the boat where there are hand railings for safety. Once on the bow there are two deck pads for sunning. In addition to the remote, the anchor windlass has two foot controls. The Maxwell RC8-8 anchor windlass was new in 2015 along with 200 ft of plait anchor rode and 30 ft of 5/16 chain. The swim platform has enough room for two chairs when on the hook, mooring, or dock, a transom shower, a holder for four fenders, and a Trick Davit, davit system for an inflatable or RIB. We are including in this price our 2015 Coastal Inflatable RIB (8' 10") and a 2003, 8 HP Mercury 2 stroke outboard.  This beautiful boat has been extremely well maintained and ready to cruise anywhere. I have a book of everything and anything that has been done to this boat, written out procedure on how to winterize it, several spare parts (belts, plugs, wires, plug wires, distributor caps and rotors, etc.) What I didn?t mention is that all the isinglass has been replaced over the years and is in good condition, and all plastic openings have screens, and all of the lights on the boat (with the exception of port and starboard running lights) have been changed over to LED. One nicety I added was an LED underwater light. This is a turn key boat with everything a captain needs, including a dinghy, motor, and a dock box. There is nothing a new owner will have to do before leaving the dock. My bilges are clean enough to walk around with white socks. I have done my own winterization with a written procedure so anyone can do it. I have 15 years of documented, written history on this boat, with everything I have done to it.This boat is a must see!Don't miss out ? Email or Call now!Electronics/Navigation2019 Garmin Chartplotter/Radar Garmin Fish FinderStandard Horizon VHF Dual Stereo ControlsCompassMechanical/Electrical2006 7.3 KW Fresh Water Cooled Kohler Generator w/ Sound Shield - 394 hours Magnum MS 2012 Inverter/Charger, (4) 6V, 300 Ahr, Lifeline AGM Batteries (2) 30 Amp Shore Power12 V DC and 110V Systems2015 Maxwell RC8-8 Windlass w/Foot Controls and Remote(3) Bilge PumpsEngine Room BlowerDavit System MeasurementsLOA: 41ft 2inMax Draft: 3ft 3inBeam: 13ft 3inWeight: 23,400 lbsBridge Clearance: 17ft 6inPropulsionEngine 1: Crusader Engine Year: 1997 Engine Model: 454 XL FWC Engine HP: 350Engine Type: Inboard Hours: 1190 Engine 2: Crusader Engine Year: 1997 Engine Model: 454 XL FWC Engine HP: 350Engine Type: Inboard Hours: 1190 PerformanceCruise: 18 kts Top Speed: 23 ktsTanksFuel: 318 galsWater: 70 galsHolding: 36 gals

Sea Change Yacht Sellers, LLC offers the details of this vessel in good faith but cannot guarantee or warrant the accuracy of this information nor warrant any aspect(s) of the condition of the vessel. All buyers are advised to seek the advice of a qualified surveyor(s) to investigate the condition of the subject vessel. This vessel is offered subject to prior sale, price change, or withdrawal without notice.Additional Units Included 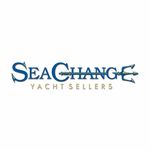