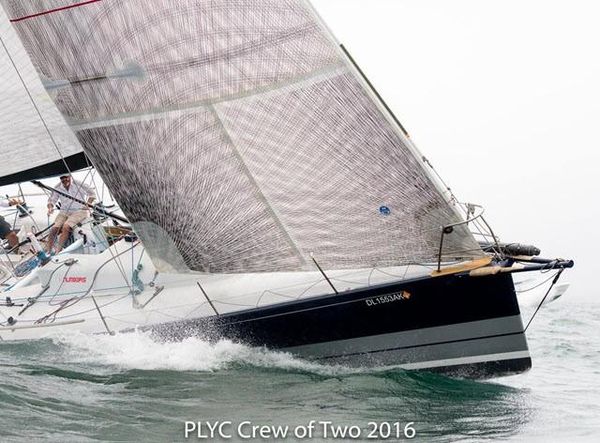 expand to see all 32 thumbnails

NUMBERS is a very competitive and highly optimized for ORR and PHRF racer in good condition, ready for the next buoy or offshore regatta.

Originally designed by Jim Taylor as Design #95 - 49 ft LOA Grand Prix IMS Racer and built by Goetz Boatworks in Bristol, RI she has gone through complete retrofit and modernization under the expert advice of Greg Stewart from Nelson Marek.

The Hull consists of unidirectional and biaxial Kevlar reinforced skins over PVC foam cores, whose density is varied to suit local loadings. The Deck is a similar laminate of Kevlar skins over PVC foam, with high compression core and additional laminate in way of all deck hardware. Pre-impregnated epoxy resins are used throughout. Both hull and deck are locally reinforced with unidirectional Kevlar to minimize the longitudinal deflections resulting from the headstay, running backstay and mast compression loadings. NUMBERS, is the third IMS racer of the same name that this office has designed to win the 1997 Admirals Cup.

She comes with a wealth of racing performance data, extensive tuning charts and crew manual.

All running rigging replaced 2016 or newer

All sellers personal effects on board are excluded from the sale of this vessel.