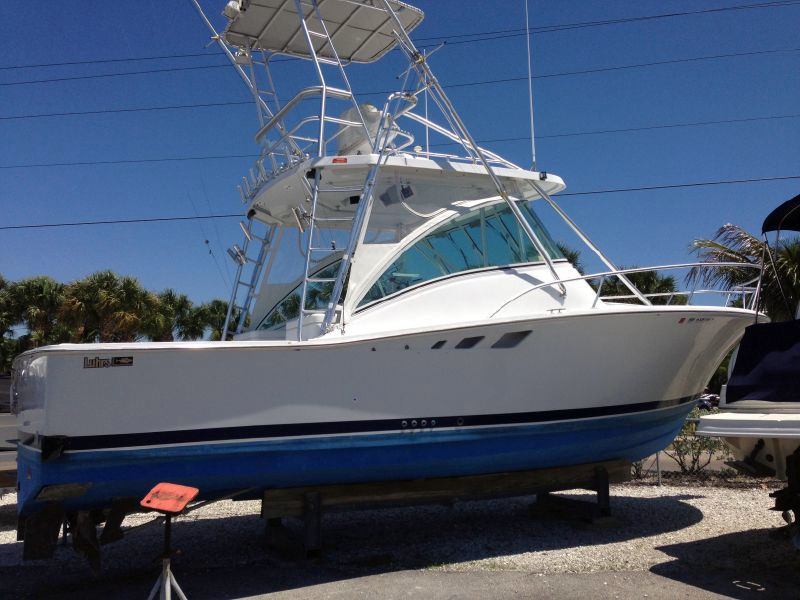 expand to see all 41 thumbnails

See all inventory from this seller (108)

This beautiful Luhrs 32' open has a heavily built hull that provides a smooth ride in open water. There is an impressive list of New Rebuilt items on this boat. This is a must see if your looking for a great fishing boat or a family cruiser.

See full specs for the rest of the improvements or call for your personal tour of this Beauty!

As you step off the dock and onto the boat you will notice the large cockpit with the beam at 13'. Lots of room for fishing or seating around enjoying happy hour with friends either at the dock or secluded anchorage. Moving forward take two steps up to the bridge deck where you find the center console helm. Lots of seating and storage, moving forward and down the steps to the well appointed main salon. Aft and to the port side is the head and sink. Moving forward and still on the port side is the galley with fridge and 2 burner Princess cook top. Opposite the galley is a seating area of which turns into two single bunks. And forward is the dining area that converts into sleeping quarters for two, all of the interior is in very nice condition.

This is a great boat looking for a new home. All the work has been done, now is the time to enjoy the boat. Great boat for fishing with awesome views from the flybridge. It would also be great for doing some Island hopping. Get your appointment set to come see this boat in person. You will not be disappointed.