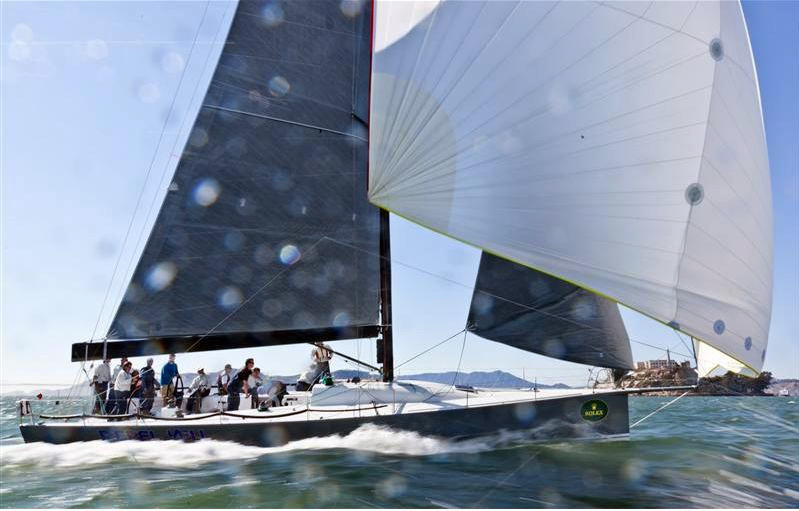 expand to see all 27 thumbnails

See all inventory from this seller (30)

Rebel Yell began life as Pisco Sour which won the TP52 Med Cup in 2005. Rebel Yell was designed by Botin-Carkeek and built by Longitud 0 in Spain. She has a Brad Fitzgerald Grand Prix level bottom finish and Reichel-Pugh Yacht Design has overseen her performance optimization. This boat is ideal for racing in the Southern California circuit and is the perfect boat for this years Transpac Race in July. The TP 52 is a fast, exciting class with a highly competetive fleet. This is truly a Grand Prix yacht of sailboat racing.

This boat is kept in very good racing condition, replacing lines as needed so that all running rigging is in good shape. Rebel Yell is always ready to go racing, and the current owners sail her quite frequently. Rig is pulled and inspected annually and bottom is cleaned annually.

Hull and Deck female molded
Solid hull, laminated on female mold with carbon epoxy laminate. Full nomex
Longitudinal and transversal reinforcements over the whole surface
Post cured in oven at 90 degrees under vacuum
Bulkheads are laminated with vacuum bag and bonded to the hull and deck with biaxial layers.
Deck is laminated in sandwich with carbon nomex uder vacuum
Deck has a molded headliner made of composite to meet the bulkheads.
Molded platforms and recesses for hatches, port lights,mast passage, deck organizers and winches.
Flotation line marked on the hull

Plently of Spinlock clutches both on the cabintop and on deck

2 Harken winches on cabintop, one oversized and able to be driven by
pedestals

Racing Bravo instrument computer (updated 2010) with output through B G
Hercules 2000 and displays; 5 20/20 displays on mast and 3 multifunction
repeaters on deck.

Many other older sails

Racing kelp cutters on both fin and rudder

New bulb for IRC optimization in 2009