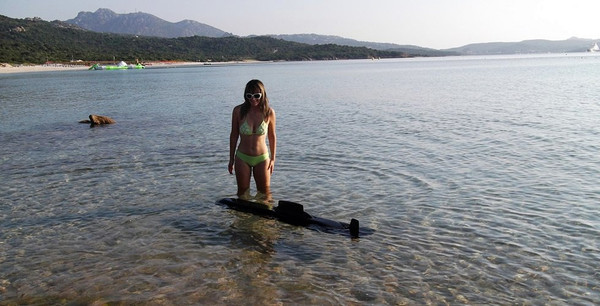 The Project 941 or Akula, Russian "Акула" ("Shark") class submarine (NATO reporting name: Typhoon) is a type of nuclear-powered ballistic missile submarine deployed by the Soviet Navy in the 1980s.

With a submerged displacement of 48,000 tons, the Typhoons are the largest class of submarine ever built, large enough to accommodate decent living facilities for the crew when submerged for months on end.

The source of the NATO reporting name remains unclear, although it is often claimed to be related to the use of the word "typhoon" by Leonid Brezhnev in a 1974 speech while describing a new type of nuclear ballistic missile submarine, as a reaction to the US Navy Ohio-class submarines.

Besides their missile armament, the Typhoon class features six torpedo tubes; all of which are designed to handle RPK-2 (SS-N-15) missiles or Type 53 torpedoes.

A Typhoon-class submarine can stay submerged for periods up to 120 days in normal conditions, and potentially more if deemed necessary (e.g., in the case of a nuclear war).

Their primary weapons system is composed of 20 R-39 (NATO: SS-N-20) ballistic missiles (SLBM) with a maximum of 10 MIRV nuclear warheads each. Technically, Typhoons were able to deploy their long-range nuclear missiles while moored at their docks.

Typhoon-class submarines feature multiple pressure hulls, similar to the WW2 Japanese I-404 Sen Toku Class Submarine, that simplify internal design while making the vessel much wider than a normal submarine.

In the main body of the sub, two long pressure hulls lie parallel with a third, smaller pressure hull above them (which protrudes just below the sail), and two other pressure hulls for torpedoes and steering gear. This also greatly increases their survivability - even if one pressure hull is breached, the crew members in the other are safe and there is less potential for flooding.